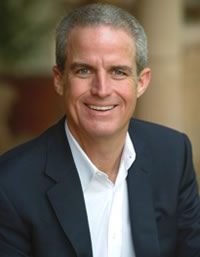 In 1988, Tyson Faust began his career at Faust Distributing, a company that was started by his father, Don Faust Sr., in 1957. Tyson initially held several positions throughout the company, ranging from warehouseman, where he loaded and unloaded trucks, to working on the trucks as a driver's helper, and eventually on to the sales team as a sales representative. After moving up through the company, Tyson served as the vice president of Faust Distributing Company. As vice president, he was fully immersed in all aspects of the sales department and in 2005, he was named president of Faust Distributing Company. Tyson retains a hands-on role in sales and marketing and maintains an open line of communication with all levels of the sales force - from the sales staff to the department heads. In addition to his role at Faust Distributing Company, Tyson is an active partner of Keg 1 LLC, which covers beer distribution in 33 counties throughout Texas, with 7.7 million case sales annually. Tyson also manages his family's Squirrel Creek Ranch, a working cattle ranch with 300 head of Brangus cattle and other exotic animals.

Business Growth
In March of 1998, Tyson played an integral role in the management team that was responsible for acquiring Brooks Distributing, a Miller Distributor serving Montgomery and Brazoria counties. This management team began to successfully acquire Miller and Coors distributorships in the Houston metropolitan area, which included: Stefani Distributing of Baytown, Texas in in June 1999, Aspromonte Distributing of Brazoria County in March 2000, Hillman Distributing of Harris County in January 2002, The Royal Hill Company of Conroe, Texas in 2009, and Holloman Distributing of Trinity, Texas in 2009. As a part of this team, Tyson was instrumental in negotiation contracts and forecasting finances. These acqusitions have extended Faust Distributing Company's reach to 12 counties in Texas, with case sales in excess of 7 million annually.

Presence in the Community
Tyson is a native Texan who spent his college years attending the University of Texas at Austin. He is an active member of numerous organizations, including his role as Director of the 100 Club, which supports the families of police officers and firemen in our community, and he holds membership with the Montgomery County board of directors. Tyson is also a supporter of Houston Pet Set, which is an organization dedicated to the welfare of abused or abandoned animals. Tyson is on the board of The Houston Achievement Place and also plays an active role with the Multi-Cultural Education and Counseling through the Arts (MECA) Foundation. In addition to his management role at Squirrel Creek Ranch, Tyson participates in hosting retreats benefiting young cancer patients and their families from the Texas Children's Hospital in Houston. Tyson also holds active member status of the Go Texan Committee; is a life member of the Houston Livestock Show and Rodeo and is also a member of the University of Texas Ex-Students Association.