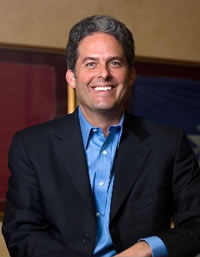 Don Faust, Jr. is responsible for leading an organization of over 400 employees and has led his team through numerous acquisitions of other local distributorships in the greater Houston area, as well as helping lead KEG 1, LLC, a multi-distributor partnership through distributorship acquisitions in North and Central Texas, as well as Colorado. As a founding partner and CEO of KEG 1, LLC, Don works with over 500 employees at KEG 1.

A Career in the Family Business
Don Faust, Jr. began his professional career in the beer business working for Centex Beverage in Austin, Texas managing Miller Brewing Company’s college marketing program while attending the University of Texas at Austin beginning in 1983. He spent the first years of his career at Faust Distributing Company learning the business from the ground up. He began working in the company’s warehouse during summers at UT, handling many operational and inventory functions. Beginning in 1987, Don spent two years assisting in all sales and delivery functions and developing long-lasting relationships with team members and retailers.
Don Faust, Jr. enjoys every aspect of the wholesale beer business: the spirit of competition and the fast pace that are characteristics of the industry as well as the numerous opportunities to have fun with customers, brewers, strategic partners and employees through business and social outings.

Don Faust, Jr. has volunteered his time and resources assisting his family’s Squirrel Creek Ranch retreats benefiting young cancer patients from Texas Children’s Hospital and DePelchin Children’s Center in Houston. He is a former Board of Trustee member of Annunciation Orthodox School and Episcopal High School and a former member of the Dad’s Club at Episcopal High School. Don formerly chaired the Texas Bowl Board of Directors and has been a board member since 2007. He is a Life Member of the Houston Livestock Show and Rodeo and a Life Member of the University of Texas Ex-Students Association. Don is also a member of the University of Texas’ Littlefield Society and sits on the Longhorn Foundation Athletics Council. He is also an Advisory Board member of Texas Citizen’s Bank and serves on the Central Area Advisory Board for Amegy Bank of Texas. Don also proudly supports Crime Stoppers of Houston, as well as Houston PetSet.