Back In Black Challenge 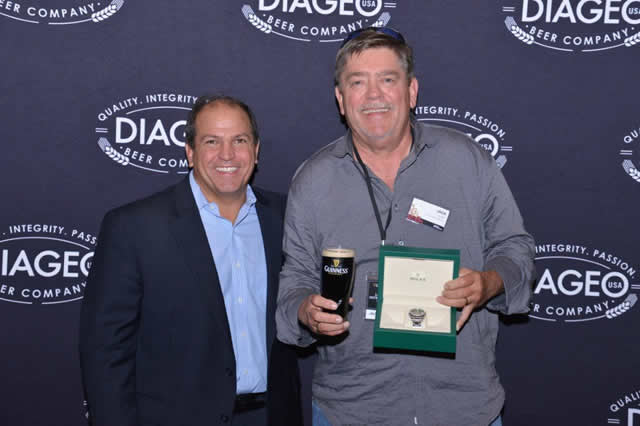 Diageo Beer Company’s Stephen LaGreca, Senior Director on Premise U.S., presents Jack Law, the winner of the Back in Black Poker tournament the grand prize, a Rolex Oyster Perpetual 39 watch.
At the F17 National Sales Meeting in Las Vegas, The Diageo Beer Company launched a challenge to get Guinness Draught volume and distribution Back in Black. Those DBC distributors that closed the physical year strong and became part of the Black Pack were extended an invitation to attend the exclusive Black Pack party at the F18 national sales meeting and received a chip to the gaming table to compete for the grand prize along with 2nd place and 3rd place prizes.
Due to the efforts of our La Marque team, Faust Distributing earned a seat at the table and was represented by Jack Law. After a few pints and several hours of playing Texas Hold Em, Jack ended up the last man standing and was presented the Grand Prize as Tournament Winner.
See Other Stories Related to...
News